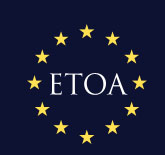 The UK government is announcing that it intends not to implement a ruling by the European Court of Justice that would have been enormously damaging to the UK’s tourism exports.

This ruling was passed on September 26th and governs how package tourism services are taxed under a scheme called the Tour Operators Margin Scheme (TOMS)*. The court ruled that wholesale supplies may be covered by this tax, that calculations had to be done on a sale by sale basis and that the operators’ net margin had to be visible on the tax invoice.

This ruling has caused dismay. It would have applied a tax on transactions by British-based operators which have made both British products and the companies handling them much more expensive. The requirement to account for each item was extremely burdensome for both the business and any official auditing the payment: four calculations a year were going to be replaced by many thousands. The obligation to disclose commercially sensitive margins was also causing consternation.

Tom Jenkins, Chief Executive of ETOA, said; “This is a huge relief. What was being proposed by the ECJ was explosively damaging. If implemented it would have made the UK less competitive as a destination, an uncompetitive place to be based and the process of doing business a bureaucratic nightmare. That operators were also going to be forced to reveal their margin was as welcome as ‘compulsory mankinis’ at a garden party.”

“So the Government’s statement is warmly welcomed: it continues the beneficial environment that UK wholesalers have enjoyed in recent years. With this, the Chancellor is clearly a friend to business.  What is particularly heartening is that the Government recognises that reform of this tax is expected and so intended.”

ETOA has long maintained that the TOMS has been hugely detrimental to European inbound tourism in general, and UK inbound tourism in particular. So it must be remembered that this decision is provisional: it will be reviewed in a year. It is important that reform is underway before that review point. Otherwise the UK industry will be racked with another period of uncertainty.

*The Tour Operators Margin Scheme (TOMS) is a mandatory EU VAT accounting scheme for businesses which buy in and sell on certain travel services, such as passenger transport, hotel accommodation and car hire.
Under normal VAT accounting rules, businesses which supply these services in several Member States would have to register, recover VAT on their costs, and account for VAT on their sales in each Member State in which they make supplies.  Under TOMS, they cannot recover any VAT on the services they buy in, but only account for VAT on their profit margin in the Member State where they are established.

In the UK TOMS is only applied to supplies to final consumers or to businesses for their own consumption (eg, business travel for employees).  Travel services supplied to another business for onward sale (‘wholesale’ supplies) are subject to normal VAT rules. (Source HMRC) 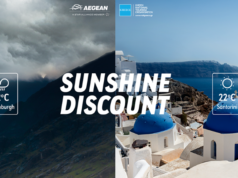