Αρχική Airlines News This winter, fly off to Panama with Air France! 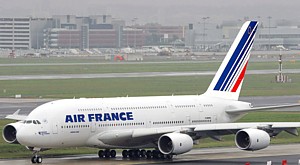 • Air France-KLM, European leader in Central and South America and the Caribbean with this 25th destination

This winter, Air France is launching a regular flight to Panama City, with three weekly frequencies on departure from Paris-Charles de Gaulle, and is therefore extending its network to Central and South America and the Caribbean.

The new route is in addition to the daily KLM service from Amsterdam -Schiphol and enables Air France and KLM customers to benefit from an even wider choice of connections at the Copa Airlines hub at Panama City-Tocumen airport, especially to Costa Rica, Ecuador, Guatemala and Nicaragua.

The launch of the Paris-Charles de Gaulle – Panama City route, set up with the support and cooperation of the Government of Panama, confirms Air France-KLM’s position as a European leader in this region.

Today, economic growth in Panama is driven by large-scale projects such as the construction of the subway in Panama City in 2014, the extension of the Panama Canal in 2015, as well as the development of tourism in the region. In addition, more than 80 multinational companies have their headquarters based in Panama for their activities in Central and South America and the Caribbean.

Starting 25 November 2013, flights to and from Panama City will operate on Mondays, Thursdays and Saturdays.