In the event of an emergency – here’s the most amazing part of flying we hope you’ll never have to experience!

It’s hard to comprehend when you’re waiting to deplane upon arrival, and even more dumbfounding once you see it: every airplane you’ve ever been in can be evacuated in less than 90 seconds.

In order to meet US Federal Aviation Administration’s and the European Aviation Safety Agency’s regulations, all aircraft with a seating capacity of 45 or more must demonstrate the ability to empty in under a minute and a half. For the Airbus A380 that meant 853 passengers and 20 crew members abandoning the craft in less time than it takes horses to run the Kentucky derby. (The largest currently operating configuration of the plane only seats 526 passengers, according to SeatGuru.)

Airbus demonstrated the A380′s capability to meet the mark in March 2006. As you can see in the video above, it took 78 seconds to completely deplane the two-passenger-level mammoth.

Boeing avoided having to certify their new flagship 787 Dreamliner for rapid evacuation because it was determined to be similar enough in configuration to the Boeing 767. In 1995, Boeing was able to evacuate a 777 in 84 seconds. 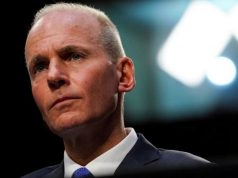 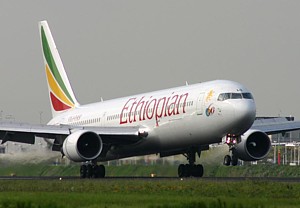