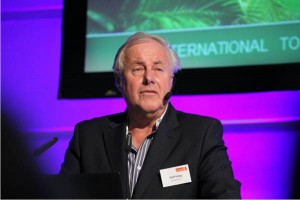 Financial crises, recessions, political turmoil and civil unrest, wars even – none of these things can stop people from travelling. After 2013, people will again be travelling more often than ever before also in 2014. The driving forces behind this growth are first-time travellers from China, Russia and Brazil. Speaking on Tuesday at the opening of the 21st World Travel Monitor® Forum in Pisa, Rolf Freitag, president of the tourism consultancy IPK International, said: “Without a doubt travelling continues to be a global mega trend. Already today, one-third of the human race is travelling.”

According to the IPK trend surveys carried out in 20 of the world’s most important source markets, which were presented on Tuesday, last year tourism grew by 4 %, making 2013 one of the most successful years to date. However, in terms of international travel volume market shifts are taking place. Whereas countries with a minor population and small GDP previously generated a low volume of international travel, and countries with a large population and high GDP a correspondingly large volume, this balance continues to change. Established international travel markets such as Germany, the USA and the UK registered only moderate single-digit growth (+2 %, +1 % and +3 % respectively) and the Japanese market even reported a 2 % decline. By contrast, the markets in China and Russia registered double-digit increases (+26 % and +12 % respectively) and Brazil reported high single-digit growth (+6 %).

As regards global travel trends and business travel, from January to August 2013 the MICE segment registered strong growth (+6 %). By contrast, the market for conventional business travel shrank by 10 %. As regards holiday destinations, the survey observed the following international trends: the market for culturally motivated travel such as city breaks and round trips grew by 8 % and 5 % respectively, as did traditional beach holidays (+5 %).

There is still a risk of national economies going bankrupt and the world’s financial system collapsing. For the old economies this means that the economic pressure of higher taxes and interest rates which take effect below the inflation threshold will result in a further tightening of belts. In these markets any moderate growth will be mainly generated by individuals travelling more frequently. Despite the unsettled economic situation the volume of travel around the world will continue to grow and for the most part will result in more people from the new economies undertaking their first trips.

Based on the trend surveys of the World Travel Monitor® IPK projects a “World Confidence Index” of 4 % for 2014. Thus, for next year, as in 2013, it forecasts robust growth in the global market for international travel.

Launched by the consultancy IPK International and sponsored by ITB Berlin, every year at the World Travel Monitor® Forum in Pisa, 50 tourism experts and scientists from around the world present current statistics and the latest trends in international tourism.

Further results of the January to August 2013 trend surveys conducted by IPK as well as the assessments of more than 50 tourism experts from over 20 countries and core data of the World Travel Monitor® will be published exclusively by ITB Berlin.  Detailed information will be available in the ITB World Travel Trends Report in early December at www.itb-berlin.com. At the ITB Berlin Convention Rolf Freitag, president of IPK International, will present the findings of the World Travel Monitor® for the entire year, as well as the latest forecasts for 2014. The World Travel Monitor® is based on the findings of representative interviews with more than 500,000 people in over 60 global travel markets. It has been carried out for more than 20 years and is recognised as the most wide-scale continuous survey examining global travel trends. 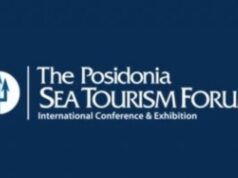