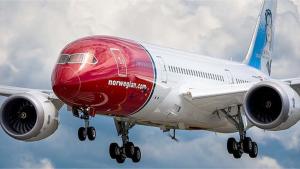 To celebrate the new route, Norwegian Airlines is offering an introductory fare of $236 one-way on all flights on these routes.  Passengers can book travel at www.norwegian.com or work with their preferred travel agent.

“We congratulate Norwegian Airlines on the launch of their nonstop service on the Boeing 787 Dreamliner that will provide Angelenos with more low-cost choices to Scandinavia,” said Gina Marie Lindsey, Los Angeles World Airports executive director.  The route between Los Angeles and Scandinavia will strengthen business, tourism, and cultural ties with one of the most desirable regions in Europe while providing connecting service to additional destinations.”

Norwegian Airlines is the second largest carrier in Scandinavia and third largest low-cost carrier in Europe.  The new routes from Los Angeles will allow more Americans the opportunity to explore the Scandinavian region and beyond.  The LAX-Copenhagen (CPH) service is scheduled to begin March 1, 2014, with two weekly flights on Tuesdays and Saturdays.  The LAX-Stockholm (ARN) service will begin March 2, 2014, with two weekly flights on Wednesdays and Sundays.  The LAX-Oslo (OSL) service will begin June 1, 2014, with one weekly flight on Sunday.