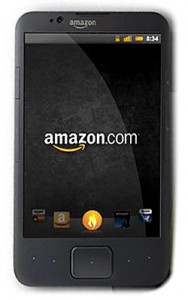 Last week, former WSJ reporters Amir Efrati and Jessica Lessin reported that Amazon planned to offer a free smartphone, a move that would have completely shaken up the smartphone market. Amazon previously declined to comment on the report.

Previously, Amazon has not discussed any plans for a smartphone, though it has long been rumored that its hardware R&D team at Lab126 is working on one.