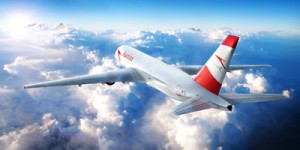 Greece, Spain and USA preferred destinations
Not just about sun and sand: culture main motive for travelling
37% of all Austrians already ‘fly’ abroad on holiday
Crises may come and go. But Greece remains the destination of choice for Mr and Mrs ‘Average Austrian’. In a survey carried out recently, around one-in-eight Austrians (12%) said they would be travelling to Greece on holiday this year. 10% wanted to visit Spain, and 9% said they would be travelling long-haul to the USA (see chart below). The main motive for the flight is the culture, according to the results of a representative survey of 1,000 Austrians by market research agency GfK Austria on behalf of Austrian Airlines.
42% of survey participants said they wanted to visit “culturally valuable tourist attractions”. The “holiday by the sea” only came in second place as a reason for travelling, with 37%, ahead of “long-distance travel”, with 24%. That means one-in-four Austrians wants to take a long-distance journey.

Karsten Benz, the member of the Executive Board of Austrian Airlines with responsibility for destinations, said the following: “The results of this survey do surprise me a little. They do not simply confirm the cliché of the lazy holidaymaker interested primarily in sun and sand. In terms of destinations, we have already reacted to the results and increased our schedule of flights to Greece, Spain and the USA.”
Around 27 million passengers took a journey by air either from or via an Austrian airport in 2012, an increase of three per cent on the previous year. The survey found that Mr and Mrs Average Austrian are now flying 3.5 times a year. 37% of those taking private holidays abroad chose to travel by air, a percentage which rose to 56% for those making business trips.
Alexander Zeh, a market researcher from GfK, commented as follows on the results: “What is interesting is that the trend is increasingly for price and reliability to become the most important criteria affecting the decision over which mode of transport to use. Catering is playing less and less of a role on flights within Europe.

When it comes to choosing an airline, price and reliability were the most important requirements for the Austrians who were asked. 38% of Austrians mentioned price as the factor affecting their choice of airline, 17% the right journey times, 17% the ability to travel non-stop, and 12% the reliability of the airline. Although service is also given as a criterion affecting the decision, catering is no longer mentioned. “The story is a different one in the case of business or long-haul travel,” market researcher Zeh said.
Stable prospects
Austrians said they would still be flying just as much in future as they have done in the past. While 20% of all Austrians said they would be flying more in future, around the same number of people said they intended to reduce the number of flights they took. Meanwhile, 60% of the participants from Austria wanted to continue flying just as much as in the past. “Those are good prospects for the future,” said Karsten Benz, Chief Commercial Officer at Austrian. “Flying is still attractive.”