Αρχική News in English Travel agencies versus the internet: China and Russia are catching up with... 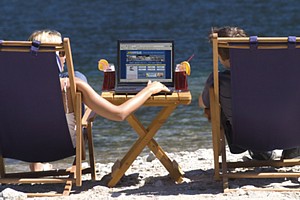 In China and Russia more and more people are making use of the internet to book their trips instead of going to travel agencies. According to a special evaluation of IPK International’s World Travel Monitor, which was commissioned by ITB Berlin, from 2008 to 2012 the market share of internet bookings in China more than doubled, rising from 19 to 39 per cent. In Russia too, the internet has rapidly become an important medium for booking trips abroad. Over the last five years its market share has nearly quadrupled, rising from nine to 42 per cent. Thus in 2012, for the first time, more trips were booked on the internet than through travel agencies.

Compared with other nations, people in Great Britain are the most avid internet users. Among Britons, the internet was the booking instrument of choice for 78 per cent of their trips. For the British market that represents a 47 per cent increase in internet bookings over 2008. Only 15 per cent of foreign trips were booked through travel agencies, almost two-thirds less than in 2008. Italy, Canada, Japan, France and the Netherlands also represent travel markets with above-average internet bookings (between 61 and 67 per cent), whereas in Germany the use of this medium is below average, at 53 per cent.

Dr. Martin Buck, director of Travel & Logistics at Messe Berlin “For many years, a trend towards the internet becoming the most important medium for booking trips has displayed in nearly all markets. Above all flights, followed by accommodation but also travel insurance or car hire are booked online. In countries where obtaining a visa is difficult and for long-distance trips travel agencies continue to play an important role.“