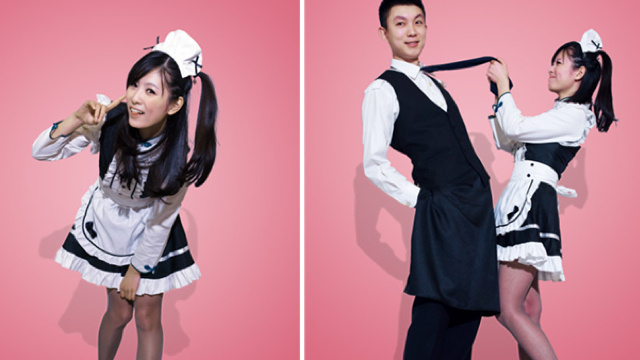 In China, one airline isn’t just flying the friendly skies. It’s cosplaying in them. Spring Airlines, a Shanghai-based budget airline, is dressing up its male cabin attendants as butlers and its female ones as maids.

Some in China are pleased with the cosplay promotion, comparing it to Japan’s maid (and butler) cafes. Others are not.

According to Shanghai Daily, people online are saying that the airline should attract attention with good service and cheap fairs. This promotion is being viewed as “excessive”.

There are also concerns about whether the outfits will negatively impact service or possibly pose safety risks. For example, the publicity shots show female flight attendants with their hair down, instead of pulled back, and wearing heels.

“The airline should respect their crew members because flight attendants are still quite different from maids and butlers,” wrote one individual on a Chinese social networking site. Instead, the country’s traditional formal wear, the microblogger added, would be more acceptable.

The cabin attendants won’t be the only ones cosplaying: Pilots will also be dressing as butlers.