“EU States struggling to manage current economic constraints are seeing increasing taxation of air passengers and higher user charges as easy ways to raise State revenues, without consideration of the effects that such increased burdens have on air transport and the consequential negative effects on their national economy”, said Mike Ambrose, Director General of ERA* at the Association’s annual General Assembly held in Dublin in late September. Ambrose also highlighted the European regional aviation industry’s concerns over alarming increases in jet fuel in recent years, the need for greater transparency in setting airport charges and the importance of establishing a level playing field across transport modes in Europe.

Christoph Mueller, Aer Lingus, Pádraigh Ó Céidigh, Aer Arann and Christine Ourmières of CityJet were just a few of the headline speakers at the meeting that attracted over 500 senior representatives from the European aviation industry.

At the meeting in Dublin ERA was also pleased to welcome two new airline members to the Association – bmi Regional and Cimber. bmi Regional operates from regional airports including Aberdeen, Edinburgh, Glasgow, Leeds Bradford, Manchester and East Midlands to 14 destinations. Cimber is a regional airline that focuses on ACMI operations. 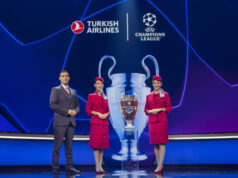