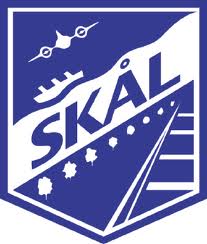 It is the first, tourism, non-government organisation with individual members to be officially sanctioned by the government of the People’s Republic of China. Enrique Quesada, President of Skål International, said he looked forward to the formal inauguration of the new Skål Club.

“The Executive Committee of Skål International was delighted to approve the first Skål Club in mainland China and looks forward to welcoming many new Skål members from China into the Skål organization.” Mr. Quesada said.

Skål International was established in 1934 and is a professional organisation of tourism leaders worldwide, promoting global tourism and friendship. Skål International has approximately 18,000 members in 450 Clubs throughout 87 nations. It is the only international group uniting all branches of the travel and tourism industry. Its members, the industry’s managers and executives, meet at local, national, regional and international levels to discuss and pursue topics of common interest.

The story of how Skål International Beijing came to be established is a remarkable one. Bernhard Clever, Past President of Skål International Los Angeles, was attending a PATA conference in Beijing last year and inadvertently left his camera in a taxi on his way to the conference. The taxi driver noticed the camera sometime after he had dropped Mr. Clever at the conference hotel and after dropping a passenger at the airport, went back to the hotel and arranged for the hotel staff to identify Mr. Clever on the hotel’s recorded video security system. By this time Mr. Clever had returned to his own hotel but undeterred, the taxi driver established the hotel where Mr. Clever was staying and drove across town to personally return the camera.

Touched by the taxi drivers kindness, Mr. Clever approached Mr. Lu Yong, the Chairman of the Beijing Municipal Commission of Tourism Development, who was speaking at the conference and told him about the honesty and outstanding service of the Beijing taxi driver. This story was widely published in Beijing. Mr. Clever and Chairman Lu Yong developed a rapport that enabled a discussion to take place about the formation of Skål International in Beijing.

Tony Boyle, Immediate Past President of Skål International, from Townsville, Australia met with Chairman Lu Yong shortly after this event and a series of meetings and discussions transpired resulting in the formal approval by the Chinese authorities to form a Skål chapter in Beijing.

Mr. Boyle said he was touched by the warmth of the people of Beijing during his visits to China during the past year and was excited about the establishment of the branch.

“It’s really a great feeling to have finalised this complex negotiation and I think it will have far-reaching consequences,” he said.

“China is the world’s largest burgeoning tourism destination and the establishment of a Skål Club in mainland China will open enormous opportunities for the travel industry to do business in China, both inbound and outbound, and I look forward to seeing what the future holds. I have no doubt there will be significant membership growth of Skål International in China”.

The inaugural meeting of Skål International Beijing will be held at the Beijing Asia Hotel in Beijing on Wednesday 15 August, 2012 at 4.00pm. 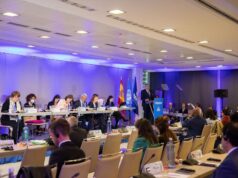 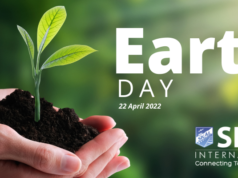