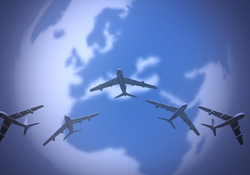 Israel and the European Union finalized the deal on Thursday, after three years of negotiations. It still needs the approval of Transportation Minister Yisrael Katz.

The backlash to the open-skies agreement with Europe is building: Israel’s airlines are ramping up their criticism of the competition-creating deal, while travel industry sources are lobbying to see the agreement through.

The deal, which would be implemented over the course of five years between 2013 and 2018, would eventually allow Israeli and European airlines to compete freely over flights to and from each others’ home countries.

Katz is planning to discuss the agreement with Israel’s three airlines sometime this week, in order to give them a chance to voice criticism.

The next battle arena is likely to be the Knesset, which will have to approve the agreement once it receives Katz’s approval. Katz is expected to sign off on the deal in July or August.

“The deal between Israel and the European Union will increase the volume of incoming tourism to Israel,” senior tourism sector sources told Katz and Tourism Minister Stas Misezhnikov in a letter over the weekend. The signatories included Israel Hotel Association Chairman Ami Federmann and Israel Incoming Tour Operator Association chairman Shmuel Marom. “Europe is naturally the main, central source of incoming tourists. The agreement with the European Union will create new opportunities to market Israel among that audience.”

Other signatories include the chairmen of the car rental association, the tour guides association and the restaurants association.

They called on the ministers not to delay the agreement.

Meanwhile, airlines El Al, Arkia and Israir refused to comment on the deal over the weekend, despite El Al CEO Eliezer Shkedi’s fierce battle against the agreement.

However, the El Al union sent a warning letter to Katz.

“We expect the transportation minister to stand behind his promise and to make sure the agreement does enough to protect Israeli airlines and their workers before it is signed,” said union chairman Asher Edrey. “In any case, we reserve the right to act in any way we see fit in the future.”

“Incoming tourism influences multiple sectors, which employ a total of 200,000 both directly and indirectly,” they wrote. “The deal will enable enlarging flight capacity relative to the number of flights.”

It will draw more low-cost airlines into the market to and from Israel, and tourists will have more potential flight times, they added.

Every 100,000 incoming tourists create about 3,800 workplaces, they wrote. This means that if the agreement brings in another 1 million tourists a year, 38,000 jobs will be created at small and medium-sized businesses in tourism-centric cities and the outlying areas. Many of these jobs will go to people who are currently outside the workforce, they added.

“These people and employers need to be represented by the government no less than the employees at Israel’s airlines,” they wrote. “The agreement is crucial to developing incoming tourism, to increasing its percentage of the GDP and to creating more jobs in the outlying areas.”

They noted that the government itself believed the agreement could help Israel achieve its goal of 5 million incoming tourists a year in the not-so-distant future.

The government should help the local airlines get past the implications of the agreement, while still taking the rest of the tourism sector into account, they added. 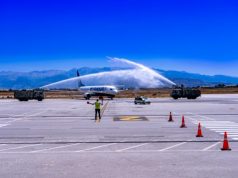