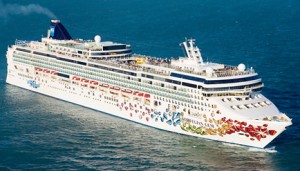 Norwegian Cruise Line posted another year of record results in 2011. Growth in the top line, coupled with operating enhancements, drove improved bottom line results. Operating income increased 37.1% over prior year and Adjusted EBITDA reached a record $506.0 million. “In light of the recent tragedy in Italy, I would first like to extend our sincere thoughts and prayers to those involved and affected,” said Kevin Sheehan, President and Chief Executive Officer. “Looking at 2011, I am pleased to report it was another year of great results. In addition to the impressive financial results for the year, our guest satisfaction scores reached new highs, confirming that our initiatives to continue to improve the vacation experience are resonating with our guests,” continued Sheehan.

In addition to delivering strong results, 2011 was also a year where Norwegian made significant investments in its future. Great Stirrup Cay, the Company’s private island, received major enhancements that included a new marina and welcome pavilion, new and larger dining and bar facilities and a doubling of the beach area with added activities.

In October, the Company rolled out a new brand platform and advertising campaign which revolves around the call to action to “Cruise Like a Norwegian.” The campaign has brought increased attention to our brand and the variety of experiences guests can enjoy on a Norwegian cruise.

stateroom designs for Norwegian Breakaway which range from luxurious suites to studios for solo travellers, along with the re-introduction of oceanview staterooms. New on these vessels are staterooms designed specifically for families. These family staterooms include amenities such as full bathtubs and are situated in close proximity to the youth programme area. The Company concurrently revealed the designs for the staterooms which comprise the suite complex on Norwegian Breakaway with a new branding that also includes the suite complexes found on five of its current ships. “The Haven by Norwegian” helps Norwegian better market these unique, ship-within-a-ship areas to guests looking for additional luxury and privacy in their cruise vacation. “The rebranding of these complexes as The Haven by Norwegian demonstrates one way we are maximising the great assets of our modern fleet,” said Sheehan. “In addition, over the last two years, we added additional staterooms and specialty restaurants, refurbished the youth programme areas and installed energy saving systems on various ships to maximise their returns. These investments in developing our assets, improving our travel agent relationships and enhancing the guest experience will provide benefits in 2012 and onward,” continued Sheehan.

Operating income for the year ended December 31, 2011 increased 37.1% to $316.1 million from $230.6 million in 2010. Net Revenue for the year increased 10.8% primarily due to the addition of Norwegian Epic to the fleet in June 2010 along with a 3.0% increase in Net Yield, or 2.4% on a constant currency basis. The improvement in Net Yield came primarily from higher ticket pricing as well as increased onboard spend per Capacity Day.

Interest expense, net of capitalised interest, increased to $190.2 million from $173.8 million due to a full year of interest on the debt related to Norwegian Epic along with higher

average interest rates. Other income was $0.9 million versus an expense of $34.0 million in 2010, which included a non-recurring charge of $33.1 million related to foreign exchange contracts associated with the financing of Norwegian Epic.

The combined benefits of higher revenue and continued operating improvements resulted in a significant increase in net income to $126.9 million from $23.0 million in 2010.

A 2.5% increase in Net Yield, the same on a constant currency basis, as a result of improved pricing and higher onboard spend per Capacity Day drove the increase in Net Revenue. Net Cruise Cost per Capacity Day decreased 5.4%, or 5.8% on a constant currency basis, due to lower dry-dock costs and more normalised repairs and maintenance costs and other operating expenses. The price of fuel in the quarter increased 15.8% to $573 per metric ton from $495 in 2010.

Interest expense, net of capitalised interest, decreased to $45.8 million in the quarter from $54.7 million primarily due to a write-off of certain deferred financing fees in 2010. 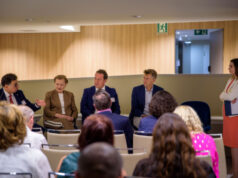 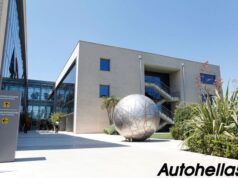 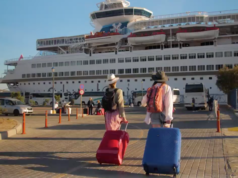 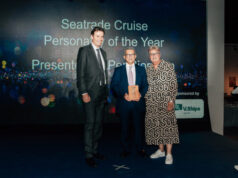 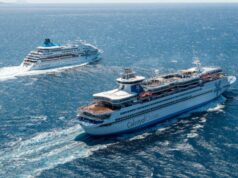 CELESTYAL APPPOINTS INTER-CONNECT AS GSA IN GERMANY, AUSTRIA AND SWITZERLAND 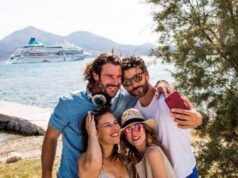