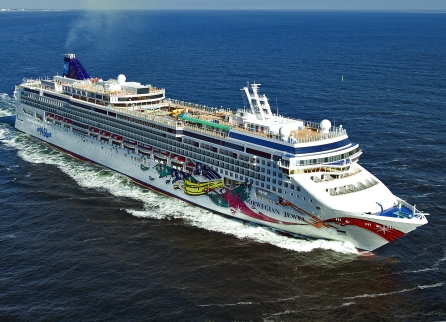 Ahead of Norwegian Cruise Line’s largest ever European deployment, the company has announced that Norwegian Spirit and Norwegian Jade will enter dry docks this autumn for multi-million dollar enhancements. This follows Norwegian Sun’s enhancements earlier this year, meaning all three ships will be refreshed for the new season before they sail alongside the recently launched Norwegian Epic.

Norwegian Spirit has just entered a 13-day dry dock in Alabama. The 2.018-passenger ship is receiving renovations including:

·         Upgrades to accessible guest staterooms and the addition of ramps in various areas of the ship;

·         Addition of an aerobics room in the Roman Spa and Fitness Centre for spinning, yoga and various fitness classes;

Norwegian Jade will enter dry dock in Marseille, France in November 2011. During this time, the 2.402-passenger ship will receive the line’s signature Brazilian steakhouse, Moderno Churrascia, replacing Paniolo’s Tapas and Salsa restaurant on Deck 8. The ship will also receive technical enhancements including new propeller and thrust bearings; seals on the Azipod propulsion systems; as well as a new coat of hull paint.

“While we have the youngest fleet in the industry, we still want to continuously enhance our ships,” said Kevin Sheehan, Norwegian Cruise Line’s chief executive officer. “With the dry docks of Norwegian Spirit and Norwegian Jade, we will have completed enhancements on four ships this year, a major investment for the company.”

With its current “Book Early – Cruise Happy” campaign, guests booking a European cruise of more than six nights or an Atlantic crossing from the new 2012/13 programme before October 31, 2011, receive on-board credits of up to $500 per stateroom. Guests will receive more on board spending money the longer the cruise and higher the stateroom grade and, as an added extra, all Norwegian Epic bookings receive an additional $50 per stateroom. 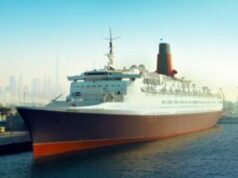