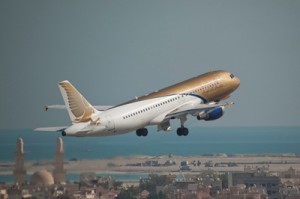 Airline adds over 1700 seats per week to meet seasonal demand

Releasing the summer schedule today, the airline highlighted that over 1700 seats have been added per week to the existing flights to meet the increasing passenger demand, while commencing services to three new destinations- Kabul, Copenhagen and Nairobi.

“Summer has always been a busy season with schools closed for vacation and people travelling abroad to spend their holidays in popular summer destinations visiting friends, family and relatives or simply to escape the heat, and we have always seen a tremendous rush for tickets,” commented Gulf Air Chief Commercial Officer Mr. Karim Makhlouf.

“Many of our destinations are very popular with our customers such as Bangkok, Colombo, Istanbul, Kathmandu and Manila, which are already witnessing over 80% bookings, and come summer, the demand will be even higher. So we have made sure to meet the summer rush by increasing frequencies and operating bigger aircraft. In addition, we have also introduced split schedules on some routes giving flexible options for our customers to choose their arrival and departures according to their leisure needs. The split schedule also offers better onward connectivity options for those travelling to other destinations via Bahrain.”

“With a much younger fleet of just 6.3 years average sporting a modern inflight entertainment system including the sophisticated portable media players in our Falcon Gold class, revamped menu onboard on most of our flights, and much-improved fleet punctuality of 91%, I am sure our passengers will enjoy a memorable travel experience during this summer.”

“Last but not the least, in recent times we have earned very good customer satisfaction assessment  from our passengers, who have rated our cabin crew as “excellent” for the second consecutive year, besides giving us a 6% higher ranking than last year for overall travel experience in an independent survey.  With the onset of the busy summer season, we are determined to continue to add value to our service in every aspect of the customer value chain and strive for greater customer satisfaction,” concluded Mr. Makhlouf.

The new summer schedule will see flights to Manila increased from 10 to 12 times per week using an A330 with a capacity increase of 20% from 11 May.

From 15 May, service to Istanbul has been increased from four to five per week with an A320 aircraft adding a 153% capacity increase replacing the current Embraer E70.

Flights to Colombo have also been increased from seven to eight per week with a 14% added capacity from 17 May, while frequencies to Kathmandu increased from 11 to 12 times per week using an A320 i.e. weekly capacity increase of 9% from 21 May.

Effective 05 June, frequencies to Larnaca will also be increased from five to six per week with a weekly capacity increase of 20%, while Asia’s popular destination Bangkok will see its frequencies increased from seven to nine per week from 1 June operating  bigger aircraft- an A 330- with a 28% additional capacity.

Gulf Air has recently announced that its flights to the recently launched European destination Milan will also be increased from four to six per week operating an A320 aircraft instead of the current Boeing 737 that will offer 117% more seats per week for passengers.

In addition, during this summer, Gulf Air will be launching services to three new destinations- Kabul, the capital of Afghanistan from 15 June, Copenhagen- its first service to Scandinavia- from 1 July and Nairobi, the Capital of Kenya from 05 July. 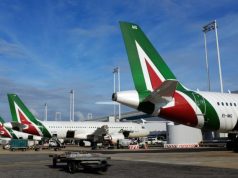