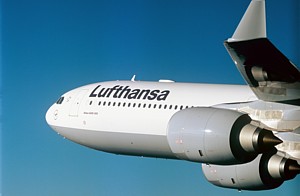 Three new destinations in the 2010/11 winter timetable — Fleet renewal with larger aircraft and higher productivity will lead to an increase in seat capacity
This winter, Lufthansa is adding more destinations and frequencies to its existing network. An average of 12,218 flights per week are scheduled, compared with 11,803 flights (+3.5%) in the 2009/10 winter period. From 31 October, when the new timetable goes into effect, Lufthansa will offer flights to 197 destinations in 85 countries (previous year: 191 destinations in 78 countries). The three latest additions to the route network are Bogotá, Pointe Noire and Luxembourg.  “We are not only giving our customers access to an extended network to South America and Africa,” says Lufthansa German Airlines Board member Karl Ulrich Garnadt. “From now on, we will also be flying a number of seasonal routes, such as Munich–Montreal or Dusseldorf–Venice, in the winter months, making those cities all-year-round destinations for the first time.”
Available seat capacity in the forthcoming winter timetable will be increased by 9.1 cent year-on-year. This increase is attributable to Lufthansa’s ongoing fleet renewal programme, under which existing aircraft are gradually being replaced by larger and more fuel efficient aircraft. This winter, Lufthansa will also be operating four Airbus A380s at full capacity. Another factor is the expanded route network with three new destinations and higher flight frequencies on existing routes. “Most of the growth in capacity is due to the new larger regional aircraft as well as to our new flagship, the A380.  On top of that, we are achieving even higher productivity as a result of improved capacity utilisation,” says Karl Ulrich Garnadt. “The increased capacity reflects the impact of the changed seat configuration of our new product on European routes.” The 2010/11 winter timetable comes into effect on Sunday 31 October 2010 and applies until Saturday 26 March 2011.
New long-haul flights to Colombia and the Republic of the Congo
Lufthansa is extending its long-haul network with the addition of several new destinations in growth markets in South America and Africa. On 31 October, services to the Colombian capital Bogotá will resume. Five flights per week, operated by an Airbus A340, are scheduled between Frankfurt and Bogotá. Lufthansa served this major city in the northwest of South America up until 2002. Once this route is reinstated, Lufthansa will offer its customers a total of 62 flights weekly to four destinations in South America.
Lufthansa is also launching a new route to Africa. From 31 October, flights from Frankfurt to Pointe Noire in the Republic of the Congo will be operated five times a week by a PrivatAir Boeing 737-800, with a stopover in Libraville in Gabon. Libreville will then be served non-stop from Frankfurt. In the last three years alone, Lufthansa has added five new African destinations to its route network.
Seasonal connections from Munich to Montreal and Washington will be continued in the winter, thus making these cities all-year-round destinations. The flight times in the summer timetable will be optimised for the winter period.
Luxembourg joins Lufthansa route network
This winter, Lufthansa is also expanding its extensive network in Europe with the introduction of flights from Munich to Luxembourg, which will augment the service offered by its partner Luxair. The route will be operated up to twice daily by a Lufthansa CityLine CRJ700. In addition, Luxair will offer three direct flights per day from Luxembourg to Munich. For the first time, Lufthansa will also operate its seasonal summer route from Dusseldorf to Venice and Nice as well as from Hamburg to Nice in the winter. Flight frequencies on numerous routes from Dusseldorf have also been increased. For example, Lufthansa will for the first time offer a daily service on its Dusseldorf– Miami route during the winter period.
For economic reasons, Lufthansa has recently withdrawn its service from Hamburg to Innsbruck in Austria. From now on, this route will be operated on a codeshare basis with Austrian Airlines.
The other four carriers in the Lufthansa Airline Group – Austrian Airlines, bmi, Brussels Airlines and SWISS – are also launching their winter schedule on 31 October. Together, the five airlines will then serve 258 destinations in 107 countries on four continents from their hubs at Brussels, Dusseldorf, Frankfurt, London Heathrow, Munich, Vienna and Zurich, and also augment each other’s frequencies with numerous codeshare flights. 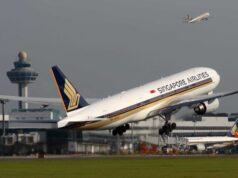 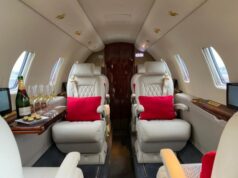