The closure of European airspace due to the volcanic ash cloud last April demonstrated the need for a global legal framework for the protection of tourists. As a result, the 89th Session of UNWTO Executive Council (Kish Island, I.R. of Iran, 25-26 October 2010) has decided to initiate a study on a possible legal instrument for protecting tourists.
The impact of the April ‘ash cloud’ on tourism activity in Europe and beyond has brought to light the serious drawbacks resulting from the lack of global regulation governing the tourism sector, in particular the absence of international guidelines on the rights and obligations of tourists
The study for a new international legal instrument approved by the 89th Session of the UNWTO Executive Council will focus on the harmonization of issues directly linked with the rights and obligations of tourists and stakeholders and will be modelled upon existing regulations.
The 89th Session of the Council also confirmed its commitment to strengthen UNWTO’s advocacy activities aimed at positioning tourism higher in national and global agendas as a key driver of economic growth and development. Opening the Executive Council, the Acting Chair of the Council, the Minister of Tourism of Kenya, Najib Balala, stressed that “for tourism to gain the utmost recognition, decisions of Heads of State and Governments should be favourable to the sector and committed nations should include tourism in their national economic agendas”.
In his report to the Executive Council, UNWTO Secretary-General, Taleb Rifai, confirmed that recovery in international tourism is underway, although many challenges remain regarding issues such as unemployment, austerity measures aimed at budget balancing and increased taxation on the tourism sector. Mr. Rifai further outlined the ongoing steps to achieve the common objective of mainstreaming tourism in the global agenda, particularly the meetings held over the current year with several Heads of State and Government to promote the message of tourism’s value.
The reform process of UNWTO was also discussed at length. The Council fully supported the steps undertaken by the Secretariat and UNWTO Members and which are expected to culminate with the approval of the UNWTO White Paper at the Nineteenth Session of the UNWTO General Assembly to be held at the end of 2011 in the Republic of Korea.
The Executive Council elected Italy as its Chair for the coming period and further decided to host its 90th Session in Kenya – the first to be held in Sub-Saharan Africa – in the first semester of 2011. Furthermore, the decision was taken to hold the 93rd Session in Spain in the first semester of 2012 (the 91st and the 92nd sessions will take place in the Republic of Korea, immediately prior and following the 19th UNWTO General Assembly). 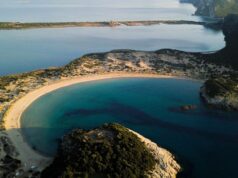