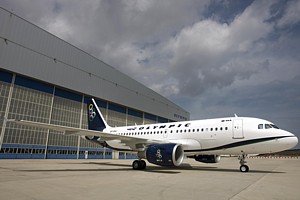 European Regions Airlines Association (ERA) awarded Olympic Air the “Airline of the Year 2010/11 silver award” in a ceremony that took place in Barcelona, Spain, in the context of ERA’s annual General Assembly, attended by hundreds of airline industry specialists.

It is worth commenting that Olympic Air is a newly launched carrier, which received this great recognition before completing one year of operation (Olympic Air operations commenced on October 1st, 2009)

The annual ERA Awards recognize excellence and achievement and encourage the highest standards across the sector of intra-European air transport. It is considered the most prestigious award a regional airline can receive. One of the major assets of the ERA Airline of the Year Award is the quality, independence and fairness of its judging procedure. The judging panel comprises a mix of industry’s senior experts together with respected air transport journalists from all over Europe. Panelists are carefully selected for their knowledge and ability to assess achievements against the specific circumstances and constraints under which individual airlines operate.

Olympic Air was commended for its successful re-launch against a backdrop of a troubled past and an extreme economic crisis in Greece, its marketing strategy and its dedication to matters regarding flight safety.

ERA’s decision to award Olympic Air was based on a number of criteria, such as technical and operational specifications, quality of provided services, passenger satisfaction, on-time performance, commercial innovations in the area of customer strategy, corporate strategy as well as financial development.