The International Air Transport Association (IATA) has again revised its industry outlook, expecting the world’s airlines to post profits of US$8.9 billion in 2010, as the industry recovers faster than anticipated.

The upward revision comes after IATA estimated three months ago that its member airlines would post 2010 profits of US$2.5 billion, a third of the revised projection, Airwise.com reported. In March, the forecast had been significantly direr with losses of US$2.8 billion.

“The industry recovery has been stronger and faster than anyone predicted,” IATA’s Director General and CEO, Giovanni Bisignani said.

The improved outlook for 2010 is being driven by a combination of revenues pushed higher by increasing demand and disciplined capacity management, whilst costs have remained relatively stable.

IATA’s outlook for 2011 is not as optimistic, as the bounce-back from post-recession inventories languishes and unemployment dampens consumer confidence in Europe and North America.

Falling load factors will exacerbate this slowing, as they remove the possibility for further yield improvement.

“This year (2010) is as good as it gets for this cycle. Governments are running out of cash for pump priming. Unemployment remains high and business confidence is weakening […] 2011 is looking more austere,” Mr Bisignani said. 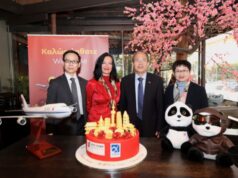