UNWTO Secretary-General, Mr. Taleb Rifai, met with the Croatian Prime Minister, Ms. Jadranka Kosor, and the Minister of Tourism, Mr. Damir Bajs, to discuss tourism development in the country during a visit to Croatia (20-21 August, 2010). The Prime Minister expressed her full support for the tourism sector, underlining its crucial role in economic growth and development. .
Meeting with the Prime Minister, Mr. Rifai praised the resilience of the country’s tourism sector after the recent economic turbulence. The Prime Minister stressed that results for July and August indicate that the country could have one of its best summer seasons this year. Croatia received 9.3 million international tourists in 2009 and US$ 8.9 billion (euro 6.4 billion) in international tourism receipts.
Mr. Rifai also applauded the government support afforded to the tourism sector over the past decades, resulting in the emergence of Croatia as one of the Mediterranean’s leading destinations. International tourist arrivals have increased by 5% a year since 2000 while current receipts are double that of 2000. Tourism in Croatia has continued to grow in 2010, with a robust summer season.
Croatia has been a member of UNWTO since 1993, hosting the 39th meeting of the UNWTO Commission for Europe in Dubrovnik in 2002.﻿ 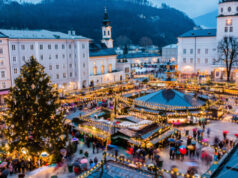