AEGEAN announces results for the first half of 2010. Revenue declined 3% at €267.4m. Net result after taxes recorded losses of €32.6m compared to profits of €13.4m in the previous year. The first half of 2010 includes a tax charge of €6.6m related to the extraordinary social contribution charge.

The total number of passengers traveling with Aegean remained flat at 2.9m in the first half of 2010. In the domestic network, AEGEAN carried 1.5 m passengers, 11% less than in the previous year while in the international network AEGEAN carried 1.4m passengers, recording an 18% y-o-y rise, mainly due to the addition of new routes as of the end of 2009.

Despite the fact that traffic remained at the same as last year’s level, as well as the rising contribution of international traffic, revenue declined as a result of the significant pressures on average revenue per flight due to the economic crisis, particularly as far as Greek originated traffic is concerned. Moreover, conditions of overcapacity prevailing in certain markets amidst a recessionary environment had an impact on the company’s financial performance. In addition, external factors like the devaluation of the euro versus the US dollar as well as the rise of oil price had a negative impact on the company’s result.

“The negative economic environment had a profound impact on our first half financial performance. We proceed with the necessary adjustments on our network and costs, with immediate effect, so as to protect the company during the crisis. At the same time, our efforts concentrate on fully exploiting and completing our past strategic choices, such as our entry into the Star Alliance and the agreement with Marfin Investment Group/OA. “

Among the restructuring measures undertaken, the company has already proceeded during the first half of 2010 with the reduction of its fleet by 3 aircraft. In addition, 2 RJ Avros were returned in July 2010 while 2 ATR 72 are scheduled to be returned to their owners in September 2010. As a result of the fleet reduction and given efforts to improve the efficiency of its network within a particularly weak economic environment, the company will exit – with immediate effect – 2 domestic (Athens-Ioannina, Athens-Kavala) and 3 international routes (Athens-Tirana, Athens-Belgrade, Athens-Vienna) which are particularly loss making.

Mr Dimitris Gerogiannis, added: “We must focus on destinations were we maintain a competitive advantage either due to our new Airbus A320 fleet or due to our entry into the Star Alliance. A possible imminent approval of our agreement with OA could allow us to ably present on the summer of 2011 an expanding profile which is necessary for both our company and our country.“ 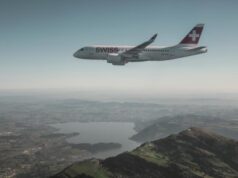